EPISODE #25: The Architect of Horror

About 4 months after leaving Luke Ferro and Anna Davis on Arkadia, Eagle 6 crashes during a routine mission killing Pilot Larry Parks. The cause of the crash appears to be connected to a spike in magnetic radiation levels in the area.

At the same time, the Alphans are haunted by visions and nightmares. The culmination of these terrors is the gruesome murder of a scientist.Suddenly, inexplicably, the nightmares stop and life appears to return to "normal".

An ancient sentient being over 5 billion years old has made his presence known on Alpha. The last of its kind, the Conceit possesses tremendous power and is capable of crossing the barriers of time and space. In order to perpertuate itself  the Conceit plans to join with a pregnant woman on Alpha and her child. This joining will ensure its survival and its future: a future to spread itself and its evil across the universe. The Conceit has chosen its victim and has given Commander Koenig 72 hours to turn her over to it or face annihilation.

The Alphans appear to be alone in the face of destruction but are they? Will they obtain assistance from powers beyond their understanding? Can good overcome the power of evil?

Episode_25 The Architect of Horror

This episode has been published as a fanzine for the benefit of the International  Nick Tate Club. You must be a member of the club to purchase a copy.

Click here  http://www.space1999.net/~nicktateclub for information on how to join the club.

The retelling of the Dragon's Domain story in the Space:1999 The Classic Adventures Universe with Captain Alan Carter in the role of Tony Cellini. See how Carter confronts   the dragon...and his past.

READ the Entire Story! Click on the link below.

This episode has been published as a fanzine for the benefit of the International  Nick Tate Club. You must be a member of the club to purchase a copy.

Click here  http://www.space1999.net/~nicktateclub for information on how to join the club.

The search for a new home appears to be coming to an end as the Alphans encounter Mira Cathexis. This beautiful world, pleasing to the senses, seems like the perfect Eden.

The results of the Phase I landing party were promising indeed; execution began for Operation Exodus. But when the Phase II landing party, arrived on Mira Cathexis to begin the final planetary survey, they suddenly disappeared. Commander Koenig, Sandra Benes, Paul Morrow, Alan Carter, Angelina Verdeschi and Bob Mathias were trapped on the planet, experiencing hallucinations and repeatedly reliving the pivotal event of their lives : breakaway.

With time running out, the Alphans attempted three rescue efforts, the last ending disasterously. Professor Bergman discovers the presence of a device (HARP) which uses sound waves to induce illusions and hallucinations. Meanwhile, each member of the landing party experiences his or her repeated breakaway experiences uniquely as individuals; the hallucinations becoming more bizarre and even horrible with each "loop".

Time is running out for the Phase II landing party. Will Professor Bergman find a way to overcome the HARP before the moon travels beyond the range of Mira Catexis?

The inhabitants of Moonbase Alpha are viciously attacked by a fleet of Mark IX hawks without warning and without provocation.

What is the reason and what is the purpose for the attack from the aliens on the purple planet? The answer is uncertain and remains unknown as the attackers relentlessly wreak havoc and destruction on Moonbase Alpha. After the attack, the situation is bleak..base systems are severly damaged. However, the cruelest cut of all is all nuclear reactors are damaged and down. The Alphans only have 18 days of solar batteries for power.

There is one chance, one slim chance for survival on Moonbase Alpha. A reconnaissance survey of the wreckage of the Alphearan ship on the other side of the moon yielded an alien device which, if integrated into the Alphan power systems, could enable the least damaged reactor to be back online. Time is not their friend.

The planet is an ecological disaster and nightmare. The people of the planet appear to be advanced yet they are trapped in the equivalent of what on Earth would have been the Middle Ages.

Koenig and Russell decide to not force their way onto a planet where long term life possibility was next to nothing. 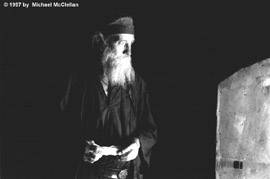 Time is running out as several tests to integrate the alien device fail. A final test is about to be conducted when trouble stirs from within. Will they successfully restart a reactor before they succumb to death by asphixiation?

The wayward Moon is migrating through an infernal region of space known as The Orpheus Wastes. A nebula known forit's otherworldly shifts in gravitation, and time; a land of comets, and ice. Normal space disappears in the one hundredpercent, crimson Orpheus Fog. Electrical discharges, and asteroids bombard Moonbase Alpha. 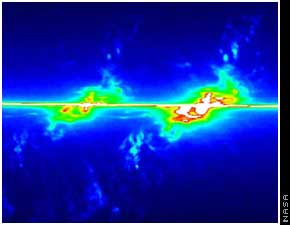 During an informal dance to boost sagging morale, we discover that the alphans are not alone. The horrible specter which lurks in The Orpheus Wastes is heralded by the collapse of technician Marcus Profitt. Soon after, murders and mutilations of Alphans begin to occur throughout the base. In the meantime, Marcus Profitt has begun to have terrifying visions, which he, in turn, translates into a series of paintings which he believes to be portals into the World Of The Damned. 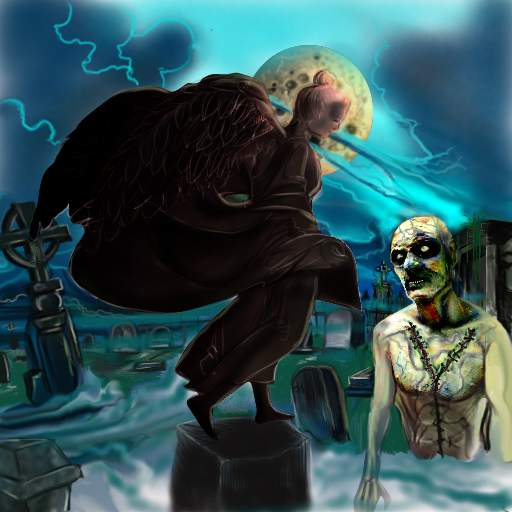 This seemingly malevolent, Spirit In The Sky, eventually manifests itself to Angelina Carter, Commander John Koenig, and the rest of the command team. According to Professor Victor Bergman, the Moon is nearing ejection from The Orpheus Wastes. Exactly when, no one knows; nor do they know who will survive, as supernatural forces work to bring one man to his audience with destiny.

When a ship approaches the wandering moon, the inhabitants of Moonbase Alpha are surprised and overjoyed to learn it is from Earth. Has mankind been able to shatter the laws of relativity by designing and making reality the Infinity Albatross: a ship capable of travelling millions of light years in a relatively short period of time? 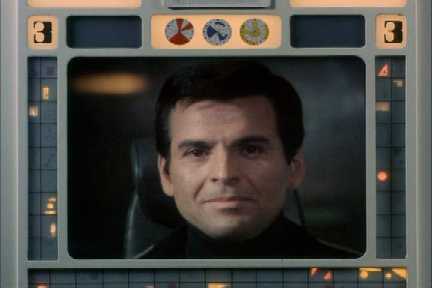 The Alphans are further delighted to learn that the crew of the Infinity Albatross contains their very beloved friends and family who surely would never be seen again. Now it has happened: or has it?

Are things really as they seem? Commander John Koenig, having survived a suspicious Eagle crash through the use of an electromagntic brainwave feedback device, has a different view of reality. Instead of benevolent, friends and family who have come to bring the Alphans back home to Earth, he sees horribly grotesque and sinister aliens. Has Koenig finally gone mad? 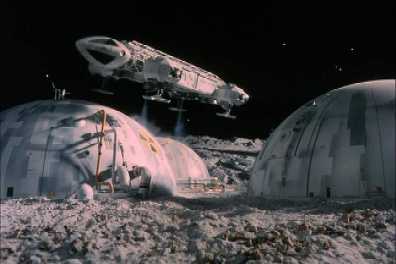 Or...is his reality...reality. If the others are living a delusion, will Koenig be able to secure help and stop the destruction of Moonbase Alpha?

EPISODE #31: Reflections From The Deep

1. Government, or coalition by three....

A star system once dominated by over a 1,000 suns, but now reduced to three, omnipotent, omnipresent guardians of gravity, and time. Eta Carinae, and her solar sisters, controlled by a ubiquitous race of beings who engineer all space, all time. 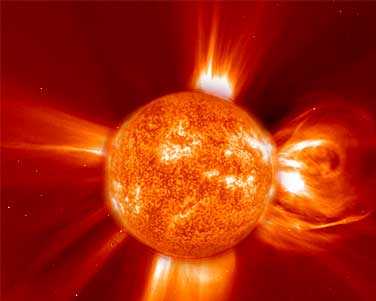 The Triumvirate is where universes collide...

The Triumvirate is where the final battle will be waged over a sacrosanct, and terrifying, alien relic...

The Triumvirate is mythology incarnate...

The Triumvirate will destroy Moonbase Alpha. 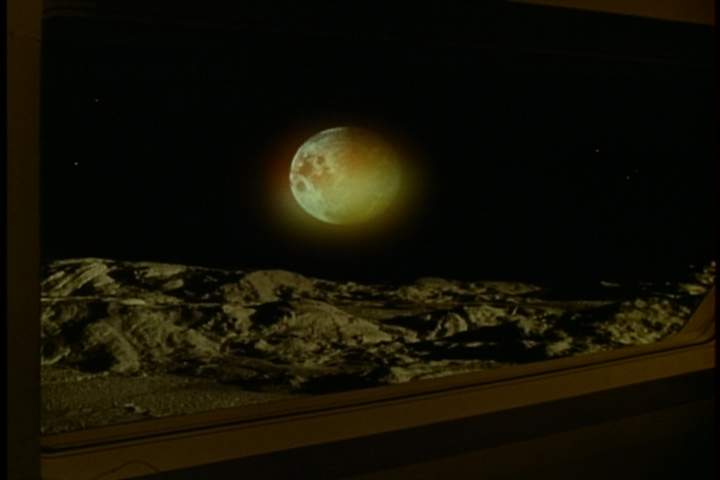 Reflections From The Deep

The line between reality and hallucination becomes blurred as the Moon drifts into the area of a seemingly ordinary and harmless cloud. Or is it? 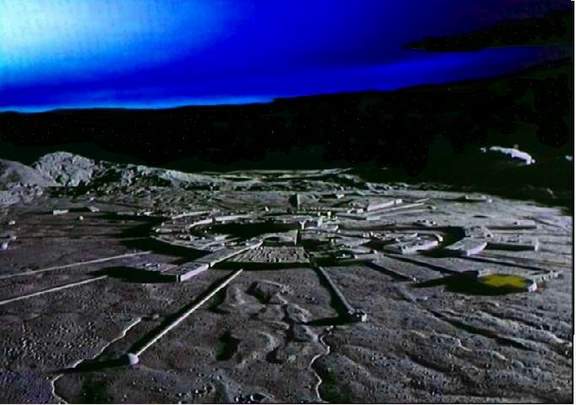 Are they passing through just a gaseous electromagnetic phenomena or are they getting a glance at a possible horrific future?

Reality is relative to the observer. The only thing we have to fear is fear itself.

Taste the fear. Read the entire episode by following the link below.

The wandering moon encounters a strange, planet sized object that resembles an....eye. It blinks. It watches. What or who is it? Is it a threat to Moonbase Alpha? 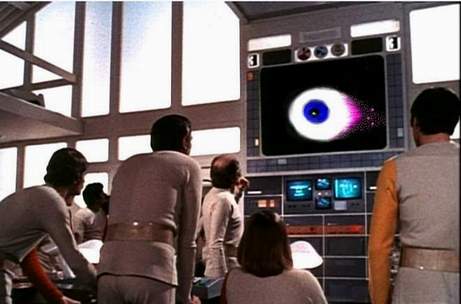 Or is it merely an observer? What is its purpose? It makes no attempt to communicate. It watches and blinks. Why is it watching the Alphan? Could it be causing the escalating tension and violence amoung the people of Moonbase Alpha? Is it responsible for the increasing number of disasters plaguing the base?

An Alphan technician becomes engrossed in a project to the point of obsession. Tragedy, death and unexplained phenomena plague Moonbase Alpha. An exiled being attempts to make contact. Is it a refugee wrongly exiled into another dimension? Or is it something more sinister.....

An alien capsule of unknown origin containing harmless bacteria lands near Moonbase Alpha. While deciding the best course of action, Commander John Koenig revisits the event of the past when the Alphans encountered Arkadia. 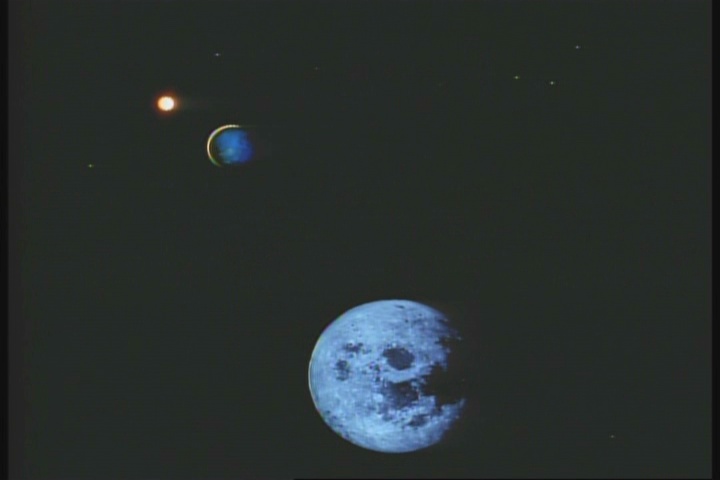 Who were the Arkadians? Why was the moon stopped? How closely does the fate of Arkadia mirror the fate of earth?

Testament of Arkadia: The Extended Version